Gabriel is a Brazilian born DJ/producer and founder of Deafinition Music Group (DMG), known for his unique fusion of all kinds of music. In 2011, He released his first official single entitled “Out of My Mind” (April, UC Music) which went #1 on UC Music’s Beatport top 10 list the first couple weeks of it’s release. His second single is called “Don’t Say That It’s Over” which features UMG recording artist Fo Onassis, and up & coming singer/ songwriter Priscilla Mendes. It was released on Gabriel WIzard’s label Deafinition Music Group (DMG), September 2011. Recently he also just released “Live Your Life” which is a collaboration with world famous Brazilian DJ/producer Marcos Carnaval & Diego Ruiz and features up and coming Indian pop/R&B singer Amrit Dasu. 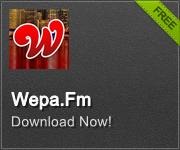