The Dolphins are back on the road this week. The 12th game of the season is on Sunday, December 4, 2022 against the San Francisco 49ers. Take a look at what’s been going on this week and learn about the upcoming matchup, presented by Smirnoff.

The Dolphins are looking for another win after defeating the Texans last Sunday.

If the Dolphins win, the team would be 9-3 and would extend their winning streak to six games going into Week 14. It would also be their third win on the road. A victory would give Miami their fourth six-game winning streak in 30 seasons and would be the team’s best 12-game start since 2001.

In 11 games this year, the team is averaging 94.8 rushing yards and 291.9 passing yards per game. Wide receivers Tyreek Hill and Jaylen Waddle combined have 2,196 receiving yards. They both are still ranked in the top five in receiving yards (Hill is 1st with 1,233 and Waddle is 5th with 963).

Quarterback Tua Tagovailoa currently has 2,564 passing yards. He also is the highest rated quarterback in Dolphins history and leads the NFL in that statistic this year (115.7). Running back Raheem Mostert is leading the team with 543 rushing yards. Running back Jeff Wilson Jr. is second with 209 rushing yards since joining the team in November. He has scored a touchdown in each of the last three games. The Dolphins offense is currently ranked third in the NFL.

On defense, Linebacker Elandon Roberts has 71 tackles and 2.5 sacks. Linebacker Jerome Baker has 61 tackles and 2.5 sacks. Safety Jevon Holland has 57 tackles, 1.5 sacks and two interceptions. Defensive tackle Christian Wilkins has 54 tackles and 1.5 sacks, which is tied for second in tackles among NFL defensive linemen. Cornerback Xavien Howard continues to lead in the NFL with the most interceptions (27) since he entered the league in 2016. In last week’s game against Houston, he returned a fumble for a touchdown.

For more news about the Miami Dolphins visit: www.miamidolphins.com

More than 50 students from Historically Black Colleges and Universities (HBCUs) have been invited to attend the seventh annual 2022 NFL HBCU Careers in Football Forum. The annual forum, held in Atlanta, Georgia this year, will take […]

The eight finalists for the 2022 ART ROONEY SPORTSMANSHIP AWARD have been named, the NFL announced today. The award is presented each year to an NFL player who best demonstrates the qualities of on-field sportsmanship, including fair […]

For decades, NFL franchises and individual players have forged and solidified their legacies during conference championship games. How will history remember the events and contributors this week? Sunday features the AFC and NFC Championship Games […] 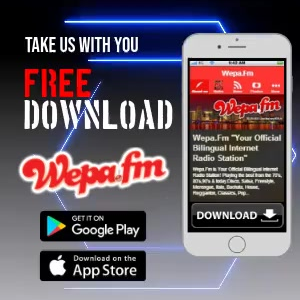